Early days of the festival movement

The Federation officially formed in 1921 but the history of the festival movement goes back much further. As early as 1872, there are records of amateur performing arts festivals, taking place across the UK.

The first recorded festival was the Workington Musical Festival in Cumbria which is still a Federation festival member to this day. It was originally organised by William Griffiths of Aberavon who had purchased a tinplate works near Workington in 1869. William brought with him families from South Wales and began a band, then a male voice choir and then finally a whole festival of music!

In 1882, John Curwen began the Stratford and East London Festival which is another festival which still flourishes to this day. 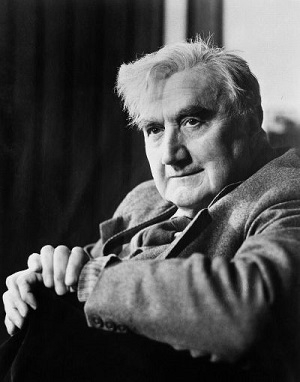 In Kendal, Mary Wakefield, the daughter of a wealthy banking family and a talented musician, founded and trained a number of choirs in the villages around Kendal. In 1885, she brought them together for the first time to take part in a singing competition to raise money for the Church. This idea eventually developed in the formation of an entire festival.

Following this, Mary Wakefield and Lady Mary Trefusis, who was Lady in Waiting to the Duchess of York, had the idea of a Federation of Festivals. By 1907, the membership was over 70 affiliated festivals including the Leith Hill Musical Festival which was started by composer Ralph Vaughan Williams in 1905.

Mary Wakefield passed away in 1910 but her name and her Festival live on. Several of the choirs founded by Mary Wakefield still thrive today and support the Mary Wakefield Westmorland Festival. The festival is still supported by the Wakefield family, along with many other local individuals and organisations, who all value her unique contribution to the musical life of this area.

The start of the Federation

By 1921,  the Association became Federation as we know it today. The Federation had support of many famous names such as Sir Edward Elgar, Sir Adrian Boult, Gustav Holst, Sir Granville Bantock, C Armstrong Gibbs who all helped to promote the festival movement.

Since 1921, the Federation has continued to grow and now has Adjudicator and Accompanist members as well as Festival members from across the UK and abroad. Together, we create millions of performance opportunities for children, young people and adults.