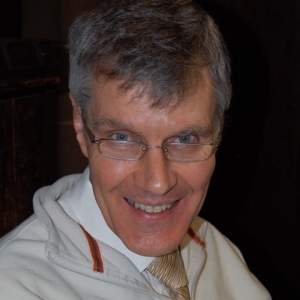 Born in London and educated at the University of Cambridge, John Powell has been involved in music in Manchester for 45 years – initially on the staff at Chetham’s and as a member of the BBC Northern Singers, more recently as a freelance conductor, singer and singing teacher. For over 25 years he worked with the National Youth Choir and for the past 11 years he taught singing at the University of York. He has been Musical Director of Tatton Singers in Knutsford since 2005 and also conducts choirs in Bolton and Wigan as well as his own chamber group, the John Powell Singers, regularly heard on BBC Radio.

John particularly enjoys preparing singers for special events. Recent major projects have included Walton's Belshazzar's Feast at the Bridgewater Hall, Bernstein's Chichester Psalms at the RNCM and a concert tour of Lithuania. He regularly directs Singing Days and workshops as well as the CSSM chamber choir summer school in Uppingham.

As a singer John has had a long career in radio choirs and performed a wide range of oratorio, from Monteverdi to Tippett. Recitals have been a key part of his work for several decades – including two performances for The Manchester Mid-day Concerts Society.

As an adjudicator for The British and International Federation of Festivals for 20 years he greatly enjoys engaging with performers of varied ages and experience and encouraging them to explore and stretch their music-making. In recent months John has had to learn rapidly how to give singing lessons online (and found it a much more creative experience than he expected!) – he is very happy to work with online festivals.