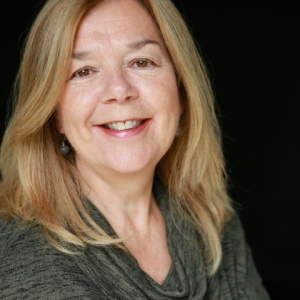 Maria Jagusz trained at the Royal Northern College of Music where she was awarded the Ricordi Prize for Opera. Further scholarships enabled her to continue her studies at the National Opera Studio where she worked with Solti, Dame Janet Baker and Martin Isepp.

Since then she has performed as an operatic soloist for leading opera companies in the U.K. and Europe working alongside artists like Freni, Carreras,Domingo,Dame Felicity Lott and Dame Kiri Te Kanawa.

As a concert artist she has performed in many leading venues including The Albert Hall, Royal Festival Hall, Queen Elizabeth Hall,St John’s Smith Square, The Barbican , and Bonn Cathedral. In 2010 she was awarded honorary chairman of the Silurian Consort for her contribution to music in the Cotswolds.

When she is not performing Maria runs a very busy teaching practise and many past students have gone on to have successful careers in the world of Opera and the performing arts. She is a much sort after singing workshop leader for both children and choirs. Her directing credits include Carmen (Swindon Opera and the Playhouse Cheltenham) Little Sweep, Dido and Aneas ,Sweeney Todd ,La Boheme and Orpheus ed Euridice (Longborough Festival Opera)West Side Story,Secret Garden and Jesus Christ Superstar (MJ-UK) .She is also a vocal tutor at ICMT (International College for Music Theatre) in London.

She has just finished directing a production of “Trial by Jury” on a cruise liner with 157 passengers.
She has been awarded honorary chairman of the Silurian Consort for her contribution to music in the Cotswolds.
In the present climate Maria is very happy to give online or virtual sessions.