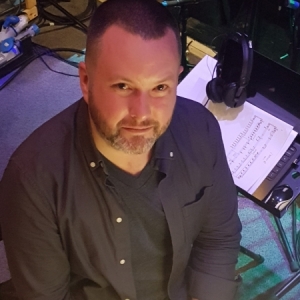 Ben is a freelance musical director, artistic director, adjudicator, singing coach and accompanist, working internationally. He is also Artistic Director of Thames Concerts, Founding Director of Kingston Chamber Singers, Chorus Master for the Leith Hill Musical Festival, and on the faculty at Laine Theatre Arts, also making regular visits to Mountview Academy and Trinity Laban. He became an adjudicator member of the Federation in 2009, and now adjudicates as a Generalist throughout the UK and overseas.

As an accompanist and coach Ben collaborates with numerous singers and instrumentalists. His early career included répétiteur work for London opera companies, and ensembles including the London Symphony Orchestra. He is a specialist in musical theatre, with his work in that field embracing musical direction, singing teaching, accompanying and dramaturgy.

Ben has worked extensively for almost all of the leading London performing arts colleges, together with the Royal Academy of Music, and the London College of Music (where he was resident MD for seven years). Countless of his former students enjoy successful careers in London's West End and beyond.

Born and based in London, Ben trained initially as a flautist, before majoring in piano, singing and conducting. He is a Liveryman of the Worshipful Company of Musicians, organising and chairing the Company’s annual musical direction scholarship. Outside of music he is a keen motorcyclist.