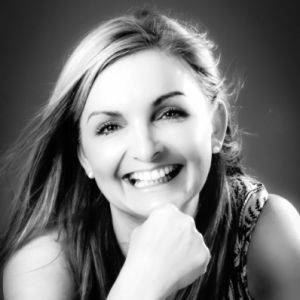 As an experienced adjudicator member of The British and International Federation of Festivals, Rosanna is regularly called upon to adjudicate in the UK and abroad and has forged long-standing links with specialist music schools in Moldova, Romania, Bulgaria, Hungary, Venezuela, Costa Rica, Dominican Republic, China, Taiwan and Hong Kong. Her positive, interactive adjudicating style inducing young musicians to participate, year on year.
Rosanna’s vast experience as a performer, teacher and presenter, teamed with an innate love of music, underpins her unstoppable drive as a dedicated campaigner for music in education. Her natural ability to both captivate audiences and inspire young musicians to achieve their dreams stems from an unquestionable belief that music can change lives.

As Director of Music at Whitgift School, Rosanna has devised educational projects for all levels of musician from beginner to advanced, and regularly presents interactive concerts and masterclasses to thousands of primary school pupils. A keen conductor and composer, she directed the world première of her work, ‘The Gift’, at Croydon’s Fairfield Halls in November 2012, involving over 300 performers.

Instrumental in developing the Whitgift International Music Competition in 2013, Rosanna continues to promote the outstanding benefits of the many musical projects offered by the school and supported by the Whitgift Foundation.
Rosanna has recently been appointed as Head of Junior Guildhall Conservatoire from January 2020.