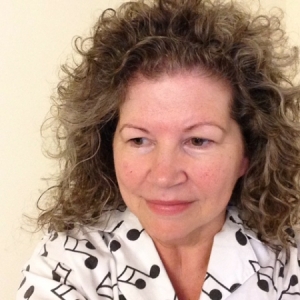 Iona was born in Liverpool and began playing the violin under teacher Peter Mountain. She was a pupil at Chethams and Wells Cathedral school before going to the Royal Academy of Music to study violin with Molly Mack and Ralph Holmes and she also studied the harpsichord.

After a career in playing she diverted into a career in social work and probation, qualifying and working in various settings. Studying violin with Howard Davis during this time, Iona reverted to a career in music, becoming a Head of Strings for Oakham, Guernsey Music Service, Birkdale and Kimbolton schools as well as later a head of music. She became a coach for the National Childrens Orchestra.
Her Fiddlefingers project in Sheffield, offering tuition in violin and cello for local five year olds, won through twice to the finals in the Music for Youth competition festival. Iona was trained by Sheila Nelson in the teaching of technique to young children whilst making it fun.

Iona is an examiner for Trinity College and offers training for primary music teachers in using Kodaly and eurythmics as well as string workshops for violin/viola teachers in establishing good technique from the start.
Home once more is Liverpool.