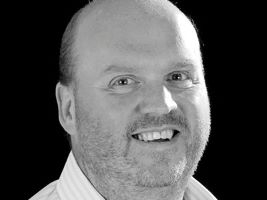 Graeme Danby was born in Consett, County Durham in 1962 and studied at the Royal Academy of Music in London with the Canadian Baritone Bruce Boyce. In an operatic career that now spans over 39 years Graeme is recognised as one of the most prolific character Bass soloists of his generation.

Graeme’s recordings include Marriage of Figaro, Salome, A Masked Ball, Magic Flute, Lulu and Will Todd’s The Burning Road for EMI/Decca. Operas for TV encompass Thomas Ades The Tempest from Covent Garden, Jonathan Millers Mikado from ENO, The Importance of Being Earnest NOF production from Paris, La Cenerentola from Dublin Bord Gais and Barber of Seville from the National Opera House in Wexford. 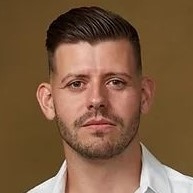 A critically acclaimed British dancer and choreographer, born in 1990 in Newcastle upon Tyne, Eliot Smith FRSA is the founder and creative director of Eliot Smith Dance (ESD).

Recently shortlisted for One Dance UK’s People’s Choice Award, and in 2018 and 2019 for their Dance Personality of The Year, Eliot was also a finalist in the Performing Artist of the Year category at The Journal Culture Awards 2018.  He is continuously supported and commissioned by leading UK dance agencies, venues and funding organisations.

His artistic inspiration for his diverse portfolio of work is created using traditional techniques (Martha Graham based), and through his collaboration with award-winning composers, musicians, and designers, he aims to create works that are dynamic, diverse, and relevant.

His dance works, whether arranged for stage, outdoors, or non-traditional venues, have all toured extensively across the North of England and other parts of the UK, and further afield, with performances in Paris, New York and Rome.

On behalf of ESD, Eliot has commissioned award-winning international choreographers to create new works for the Company, with the aim of broadening the experience of his audiences and exposing them to different perspectives in contemporary dance.

Upon graduating from The London Contemporary Dance School, Eliot studied for a short time in New York at The Martha Graham School (MGDS).  He returned to MGDS in 2017 as part of his successful project 'Inviting Martha Graham back to the UK', supported by Arts Council England's Artists' International Development Fund, and subsequently self-published a book "Martha & Me" which traces his passion for Martha Graham.  As a result, and with the imprimatur of The Martha Graham Dance Company, Eliot founded and directed 'Graham in UK in 2018', a platform for dancers and others passionate about the life and work of the great American choreographer Martha Graham, Eliot was an Associate Artist at Dance City in 2017 and an Artist in Residence at The Bowes Museum in 2018. Eliot retired from dancing in summer 2021.

Eliot is a Trustee at The Bowes Museum since autumn 2021.